Although the main focus of environmental performance of buildings is now on carbon usage, there is still a need to consider thermal performance of the building fabric as a contributing factor. Thermal performance is measured in terms of heat loss, and is commonly expressed in the construction industry as a U-value or R-value. U-value calculations will invariably be required when establishing construction strategies. A number of the terms have subtly similar meanings, and conflicting interpretations can be found across the internet. The various terminologies, and how they relate to one another, are explained in this article.

The basic U-value calculation is relatively simple. In essence, the U-value can be calculated by finding the reciprocal of the sum of the thermal resistances of each material making up the building element in question. Note that, as well as the material resistances, the internal and external faces also have resistances, which must be added. These are fixed values.

There are a number of standards that cover calculation methods for thermal transmittance. These are listed in the ‘Useful links and references’ section at the end of this article.

Simple U-value calculations can be made in the following way, by considering the building element’s construction layer-by-layer. Note, however, that this does not account for cold bridging (by wall ties for example), air gaps around insulation, or the different thermal properties of e.g. mortar joints. This example considers a cavity wall:

Note that in the above example, the conductivities (k-values) of building materials are freely available online; in particular from manufacturers. In fact, using manufacturer data will improve accuracy, where specific products being specified are known at the time of calculation. Although it is possible to allow for mortar joints in the above calculation, by assessing the % area of mortar relative to the blockwork bedded in it, it should be borne in mind that this is a crude technique compared with the more robust method set out in BS EN ISO 6946I.

Whilst design calculations are theoretical, post-construction measurements can also be undertaken. These have the advantage of being able to account for workmanship. Thermal transmittance calculations for roofs or walls can be carried out using a heat flux meter. This consists of a thermopile sensor that is firmly fixed to the test area, to monitor the heat flow from inside to outside. Thermal transmittance is derived from dividing average heat flux (flow) by average temperature difference (between inside and outside) over a continuous period of about 2 weeks (or over a year in the case of a ground floor slab, due to heat storage in the ground).

The accuracy of measurements is dependent on a number of factors:

Two complicating factors that can affect the thermal transmittance properties of materials include:

As calculation of U-values can be time consuming and complex (particularly where for example cold bridging needs to be accounted for), numerous online U-value calculators have been released. However, many of these are only available on subscription, and those that are free tend to be too simplistic. Another option is to request a calculation from for example an insulation manufacturer, whose product is being specified.

Thermal insulance is the converse of thermal transmittance; in other words, the ability of a material to resist heat flow. R-values are more commonly used in certain parts of the world (for example Australasia), in contrast to the UK’s preference for U-values. The units of measurement for thermal transmittance are m²K/W and, again, a higher figure indicates better performance (in contrast to the lower figure desired for U-value).

The ability of a material to absorb and release heat from an internal space, as that space’s temperature changes, is termed thermal admittance (or heat transfer coefficient), and is defined in BS EN ISO 13786:2007 Thermal performance of building componentsIV. This also provides the basis for the ‘imple Dynamic Model’ in CIBSE Guide A: Environmental designV, which is used for calculating cooling loads and summertime space temperatures. The higher the thermal admittance is, the higher the thermal mass will be. Thermal admittance is similar to thermal transmittance (and uses the same units of measurement). However, it measures the thermal storage capacity of a material, i.e. the ability of a material to store and release heat over a period of time, typically 24 hours. In common with thermal transmittance, the units of measurement are W/m²K.

Note that thermal admittance ‘Y-value’ should not be confused with thermal bridging factor ‘y-value’, which is defined in the Standard Assessment Procedure (SAP) Appendix K as being derived from the linear thermal transmittance.

This refers to the amount of heat conducted through a material of a given volume, in unit time i.e. the rate of conduction. As such, the units of measurement are W/K.

This is a measure of how well a material can resist heat conduction through it, and is measured in K/W. As with thermal conductance, it is a measure of the transfer rate for a given volume.

Up until now largely ignored in the UK construction industry, thermal mass (in contrast to thermal admittance) is derived from the specific heat capacity (the ability of a material to store heat relative to its mass), density and thermal conductivity (how easily heat can travel through a material). Thermal conductivity is used by SAP 2009 in the form of the ‘k’ (or kappa) value, in calculating the thermal mass parameter (TMP). The ‘k’ value is the heat capacity per unit area of the ‘thermally active’ part of the construction element (only the first 50mm or so of thickness of the element has a real impact on thermal mass, as it reduces with increasing depth into the element; beyond 100mm the effect is negligible). It should be noted that the ‘k’ value is an approximation, as assumptions are made about the extent of the thermally active volumes of a material; in addition it ignores the effect of thermal conductivity in calculating the period over which heat is absorbed and emitted from the material. BS EN ISO 13786VI provides a more effective method of determining thermal mass. Thermal mass should not be confused with insulation.

The significance of thermal mass cannot be overstressed, as illustrated by these examples:

Note how poor the thermal mass of the modern cavity wall is, in comparison to the solid brick wall. By substituting 13mm ‘wet’ plaster for the drylining, however, the admittance can be increased substantially:

Decoupling the plasterboard in this way can thus be seen to remove almost completely the effective thermal mass in a house built to modern standards and techniques.

The use of thermal mass to combat summertime overheating is discussed in more detail in the article series Climate change adaptation in buildings: Excess heat, parts oneVII and twoVIII.

Describes the way in which the density, heat capacity and thermal conductivity of a material, can slow the passage of heat from one side to the other, and also reduce those gains as they pass through it. This therefore has an influence on the thermal performance of a building during warmer periods. These are termed decrement delay and decrement factor respectively.

When a material changes state from solid to liquid, or from liquid to gas, the thermal conductivity of that material can change. This is due to the absorption and release of latent heat, and can also occur on smaller scales that can be advantageous in construction.

Materials are becoming more readily available that can provide high thermal mass from small volumes. Known as Phase Change Materials (PCMs), these are substances which can store and release latent heat, when melting and solidifying respectively over a narrow temperature range. These materials can be micro-encapsulated within certain types of building materials such as plaster or clay, to form either wall-lining boards or ceiling tiles. They can also be macro-encapsulated into e.g. heat exchanger plates for use in cooling and ventilation units, and are being investigated for incorporation within PU foam panels, for applications such as metal-faced composite cladding panels. The advantage of PCMs is that they can provide significant quantities of thermal mass, while being in themselves very thin; i.e. the thermal mass appears disproportionately-large compared to the physical thickness of the material.

PCMs could offer a practical solution to the reintroduction of thermal mass in lightweight buildings, to counteract overheating, and are discussed in more detail in the article series Climate change adaptation in buildings: Excess heat (part two)IX. 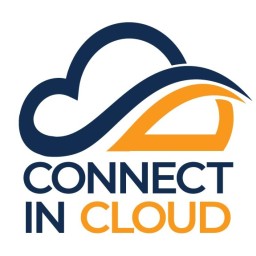